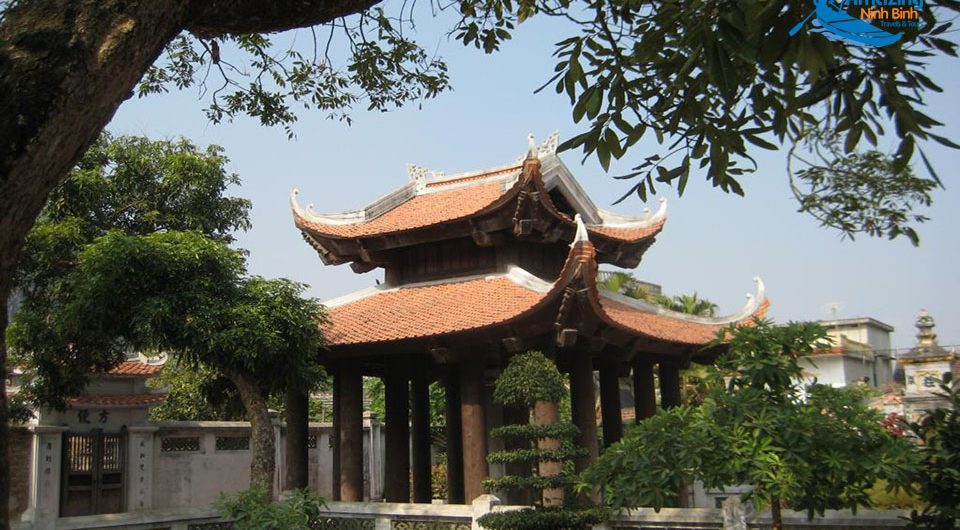 After being the capital, Hoa Lu, ninh binh vietnam gradually became a Buddhist center. According to the remaining documents and traces, in the 10th century, there were quite a number of pagodas such as Ba Ngo Pagoda, Co Am Pagoda, Duyen Ninh Pagoda, Am Tien Pagoda, Thap Pagoda, Ban Long Pagoda and Thien Ton Cave Pagoda, Hoa Son Pagoda (Dinh Dynasty); Kim Ngan Pagoda, Nhat Tru Pagoda, Dau Long Pagoda (Early Le Dynasty). According to history, King Dinh Tien Hoang was the first person placing the historical Buddhist rise that Vietnam’s first monk was Khuong Viet. What is unique here is that there are many pagodas built in limestone caves, relying on rock mountains or making full use of rocky mountains to build pagodas, typically pagodas such as Hoa Son, Thien Ton, Bich Dong and Dich Long, Bai Dinh, Linh Coc …

Nhat Tru Pagoda (Or One Pillar Pagoda) with Yen Thanh temple is located near the temple of King Le Dai Hanh, built by King Le Dai Hanh to expand Buddhism. At present, the Buddhist scriptures in front of the pagoda remain intact for thousands of years. 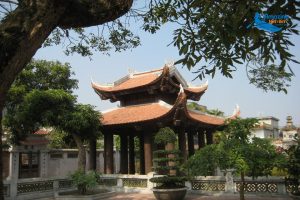 Includes an ancient pagoda and a new pagoda with the Holy Nguyen temple, Sang cave worshipping Buddha, Toi cave worshipping Holy and Cao Son temple. The complex of bai dinh pagoda tours is located in the land of full convergence Fong Shui features according to the Vietnamese folklore concept, which is the land of the King, the Holy, and the Gods.

From the Ha pagoda through Duc Ong temple, continuing to climb 105 more stone steps you will come to the cave on which there are 6 words: “Nham Son Dong, Co Am Tu”. The two sides of the cave gate have two Dharma protectors and at the 8-meter high dome hangs a bell weighing nearly one ton, which was cast since the Nguyen Dynasty. The front yard has a temple worshipping Ba Chua Thuong Ngan (Mother Nature), temple worshipping the Holy Mother; Two wells all year round receive water droplets from stalactites and the statue of Ong Thien, Ong Ac (Good and Bad man) riding on the lions. Standing at this yard, on the right is a pagoda with the roof is a cave of about 20 m high, about 30 – 40 m deep and there are quite a number of statues arranged from outside to inside, from low to high, especially three statues of Tam The Buddha painted with golden color was given in the time of King Thieu Tri and the statue of Guan Yin, Amitabha statue was carved in monolithic blue stone.

Ba Ngo Pagoda was built in Dinh Dynasty. Located on the right bank of Hoang Long River in the peripheral area of ​​Hoa Lu old. Legend has it that the queen – mother of Ngo Nhat Khanh became a nun. In the temple, there is a picture of the Nguyen dynasty that recorded 3 words of Ba Sa Tu. According to Han Vietnamese dictionary, Sa means a lot of suffering. Ba Ngo pagoda in the 10th century is the place to conduct rituals of repentance, to wash away all sins of earthly karma. There is also an ancient tomb excavated in Han – Duong Dynasty.

Kim Ngan Pagoda is an ancient temple located in Chi Phong village, in the inner citadel in the west, once a place to store gold and silver since King Le Dai Hanh perform etiquette of ploughing on Kim Ngan field. The ancient Duyen Ninh Pagoda is a place to entertain the princesses, where Ly Thai To and the princess Le Thi Phat Ngan met felt in love with each other.

Am Tien Cave – Pagoda is a separate world. There is an ancient stele, since the Ly Dynasty, the word on the stele has been completely faded. But the stele erected during the reign of King Dong Khanh, the writing is quite clear, talking about the renovation of the pagoda and the cave. This is the place where King Dinh Tien Hoang raised tigers to punish those who committed serious crimes. By the Ly dynasty, monk Nguyen Minh Khong was in the cave for chanting sermon, built a Buddhist altar in the cave. After that, people built the pagoda for visitors on ninh binh amazing tour to pilgrimage there.