Explore aboriginal village on the “Skull Island” in Ninh Binh 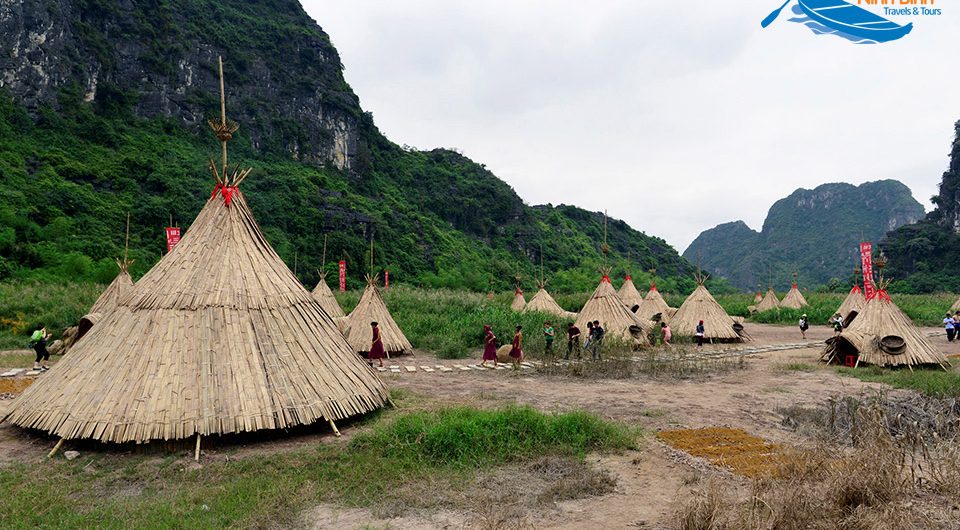 Explore aboriginal village on the “Skull Island” in Ninh Binh

Similar to the scenery in film up to 90% and completely free, the aboriginal village in film Kong which has just been built is definitely a place should not be missed when coming to Ninh Binh Vietnam. 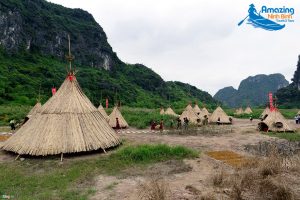 With an investment of nearly 200 million USD and filmed in Vietnam, the Hollywood blockbuster “Kong: Skull Island” has been shown worldwide since March 10. With the desire to attract more tourists to Vietnam in general and to the complex of Trang An scenic spots in particular, the Department of Culture, Sports, and Tourism of Ninh Binh province has coordinated with the Management Board of Trang An, with the filmmakers “Kong: Skull Island” to re-create the scenes of the film; in which, Aboriginal villages in the film was built, creating surprise for visitors of amazing Ninh Binh tour.

The restored part is Aboriginal Village. There are about 40 pyramidal tents in the shape of an African Aboriginal house, terracotta kilns, and red flagstaffs. There are also long wooden boats used by aboriginal people, with bamboo trestles used to hang fish and dry fish. Many flags, representing the tribe with the tents here make up the mysterious and wild beauty of this area.

Some architectures, such as aircraft and guns of American soldiers in the film, were also restored alongside streamsides. The path from the entrance to the film scenery is paved with stones.

Aboriginal people images are also re-created. Dozens of people have the opportunity to play a supporting role in the film dressed as aboriginal people, standing at each hut or walk to attract the visitors. Local products such as corn, onions, garlic … are also used as props.

To reach to “Skull Island” you can go by boat or on foot. Near here is the main pier of Trang An scenic area.

After watching Kong: Skull Island, surely everyone must admit that Vietnam is so beautiful beyond imagination. Red sunset colors, white herons flying over the sky, dragonflies “parking” on the foliage … to the true image as the humming of mosquitoes, flies, the frogs in the swamp, and so on. That peace, brought by Kong – the king protecting the island from predators and invading enemies.

The other attractive destinations

Ninh Binh is home to many movie scenes in Kong – Dau Lau Island with thousands of limestone mountains on land and a system of caves stretching along the river and green rice fields. Ninh Binh is also known as Ha Long on land. Three Kong filming locations are Trang An, Tam Coc – Bich Dong and Van Long.

World Natural Heritage – The Trang An tourist complex consists of 9 natural and artificial caves with diverse geology. Coming to Trang An, visitors to Halong bay on land tour can admire the rice fields on both sides of the river and go through these mysterious caves.