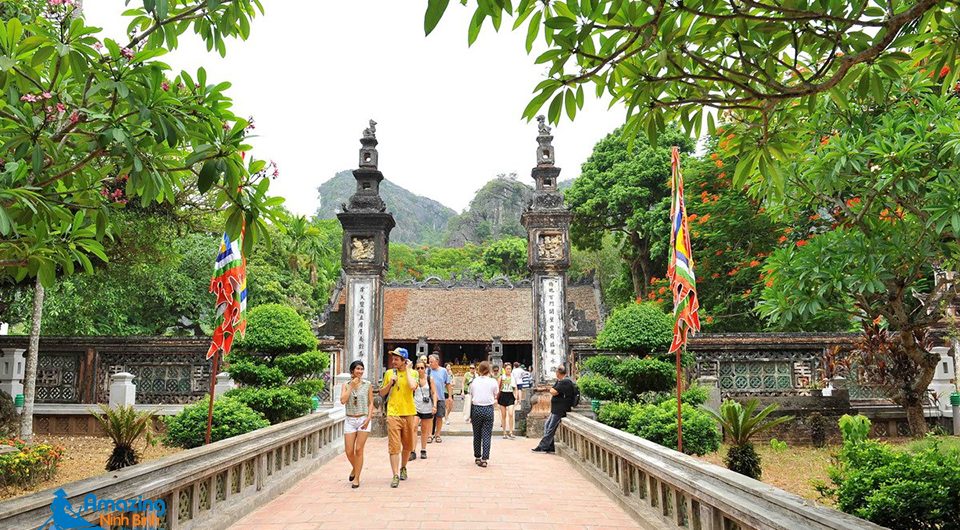 In 968, after vanquishing the upheavals of Twelve warlords, Dinh Bo Linh crowned the Emperor and chose Hoa Lu (Ninh Binh) as the capital. This is considered the first capital of the Vietnamese feudal state. Currently, in Hoa Lu, there are still traces of the ancient capital. The following article about Hoa Lu Ancient Capital in Ninh Binh will help you to have a clearer view of this historic capital. 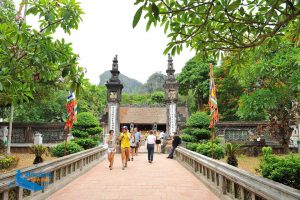 Currently, the ancient capital of Hoa Lu is planned in the Truong An scenic complex – one of the attractive destinations as much as the most beautiful tourist destinations in Hanoi.

According to the ancient history, after defeating the Tong – Chiem army, making unification of the country, Dinh Bo Linh ascended to the throne and chose the capital in Hoa Lu. The reason Dinh Bo Linh chose Hoa Lu was the place where the capital was built because it was his hometown.

Besides, Hoa Lu is a land with very beautiful terrain, charming water, with mountains surrounding and rivers intermingling smoothly, suitable for military development.

The history book also describes the characteristics of the ancient Hoa Lu land that Hoa Lu is a wonderful land with advantage for the defence. Hoa Lu is surrounded by many ranges of limestone mountains as a solid wall and Ngo Dong River winding in Hoa Lu as trench protecting the ancient capital from Enemy invasion. Hoa Lu leans back on forests and mountains, open view to endless vast rice fields and further the sea. The magnificent river winding around the ancient capital, creating harmonious feng shui location, deserving to choose to build the capital.

Thus, Dinh Bo Linh is not only a talented General but also very intelligent and sophisticating in the construction of the capital.

Hoa Lu was once built magnificently and majestically. The ancients also likened Hoa Lu capital to Trang An capital of China at that time. Besides, Dinh Emperor also attaches great importance to building the citadel with the defensive line of the defence.

The ancient history also recorded the ancient capital of Hoa Lu about 300ha and was divided into other zones such as Thanh Ngoai (Outside citadel), Thanh Noi (Inside Citadel) and Thanh Nam (Southern Citadel), etc. Besides, Dinh Bo Linh also took advantage of the majestic arched limestone mountains to fit in making landscapes as well as solid defensive lines.

Regarding the architecture of Hoa Lu palace (King’s inner palace), many researchers believe that the appearance of the ancient capital is very splendid and luxurious with solid walls and magnificent and sophisticated decoration. The remnants of the ancient capital of Hoa Lu show that the architecture – the art at that time was extremely developed with its own characteristics – simple but delicate and strong.

Guide to visit the ancient capital of Hoa Lu

As mentioned above, Hoa Lu ancient capital is now located in the Trang An landscape complex, in ninh binh vietnam. This place is about 100km from Hanoi. It takes just over two hours to drive from Hanoi to the ancient capital.

About transportation, visitors on ninh binh cycling tour can choose a variety by the convenient route from Hanoi to Ninh Binh.

If travelling by car, tourists on 1 day tour in ninh binh can catch a car at bus stations in Hanoi city such as Giap Bat, Nuoc Ngam … with a price of about VND 70,000 – 100,000. Or if you choose your own car (motorbike, car), you should pay attention to check the safety of the vehicle as well as learn about the road before depart so that you don’t have to be confused during the journey.

Besides, tourists do not forget to arrange a time to visit interesting destinations in Trang An scenic spot, Bai Dinh pagoda, Tam Coc – Bich Dong in Ninh Binh …