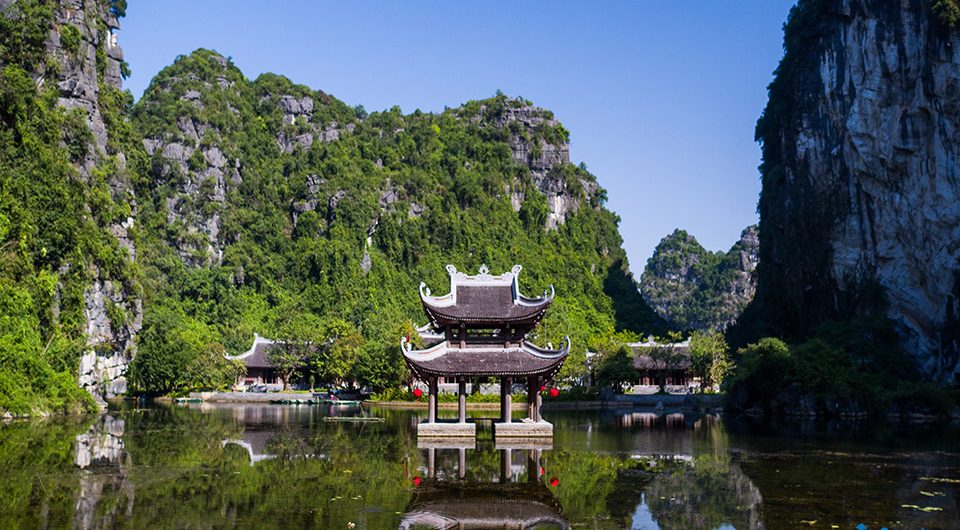 Hoa Lu Ancient Citadel is one of the most attractive destinations for visitors who take Ninh Binh small group tour. 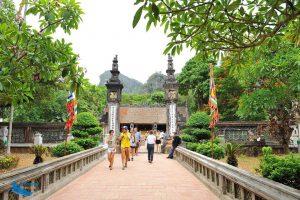 A Citadel in the past

Hoa Lu was chosen as the first capital of the feudal country when Dinh Bo Linh became emperor in 968. Today, the ruins of Hoa Lu Ancient Town belong to Truong Yen Commune, Hoa Lu District, Ninh Binh Province, about 100 km south of Hanoi. Although only selected as the capital of Dai Co Viet in a short time (42 years), but in this place has happened many events related to the destiny of the nation as: the career of three The Dinh Dynasty, Tien Le Dynasty and the Ly Dynasty with historical landmarks: unified country, the war with Tong – Chiem and the process of forming capital Hanoi. 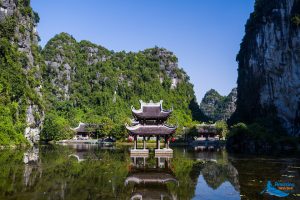 According to history books about Hoa Lu ancient capital and distichs at King Dinh Temple, we find that: Hoa Lu capital is a magnificent palace, magnificent no less than Truong An. If you look geographically, you will understand why when you go to King Dinh Tien Hoang to choose Hoa Lu as the capital because the majestic mountains cover around this capital as the wood screen, the Hoang Long River meandering and rice vast fields Nho Quan, Gia Vien are very favorable for the military.

Hoa Lu ancient capital of about 300 hectares, including the Thanh Ngoai, Thanh Noi, and Thanh Nam, surrounded by a series of stone mountains, majestic scenery, the gap between the mountainside is built in brick, embankment high from 8 to 10 meters. The outer citadel (Thanh Ngoai) is about 140 hectares in Yen Thanh village, Truong Yen commune. This is the main palace that Dinh Temple, Le Temple is the center and also the place where King Dinh Tien Hoang formed the country. Before the Palace of Ma Yen Mountain, King Dinh has taken this place for work.

The city of Hoa Lu consists of two circles next to each other and an adjacent mountain.  According to the layout of Dinh – Le period, the researchers divided into three rounds: East, West, and South. However, due to the fact that Thanh Nam (South Citadel) is only a military base, it is often called Trang An Citadel. Two others which are the place where the palace is located, so they are also called Hoa Lu Citadel. In 1010 King Ly Thai To moved capital to Thang Long, then Hoa Lu which was only Ancient capital is considered a very important military base of the military and people of Dai Viet under the Ly – Tran – Le – Mac – Tay Son Dynasty.

If you take a Hoa Lu Tam Coc 1-day tour, you will find a completely different scenery. Today, the image of Hoa Lu is not intact, but instead is the temple of King Dinh – King Le built on the foundation of the ancient Hoa Lu. The two temples are about 500 meters apart, due to the proximity of each other, tourists often call “Hoa Lu Ancient Capital” as “Temple of King Dinh – King Le”.

King Dinh Temple was built on the foundation of an ancient palace, majestic with the Ngo Mon gate, lotus pond, Mount Gia, flower garden, three house of worship, and harem. The “Long Sang” (King’s bed) is made of monolithic stone with very lively stones. Besides, there are also the statues of King Dinh Tien Hoang and his sons. The carved images on stone, on the wood with the subject dragon, clouds, fairies, flowers …, the decoration in the temple are quite sophisticated.

King Le Temple is about 500 meters from the Temple of King Dinh. King Le has a smaller scale. The King Le temple also retains many ancient architectural traces with elaborate and sophisticated sculptures. Here the old palace relics and some ancient ceramics were found. These precious objects are kept in the museum on the left side of the temple. Besides, Hoa Lu relic also has some nice temples, such as Ngan Xuyen Pagoda (near the foot of Ma Yen Mountain), Nhat Tru Pagoda (about 200 meters from the Le Emperor), attracting many tourists.

With a distance of 100km from Hanoi and the convenience of the transport system, you only take about two hours to go car … Come here and hear the stories of the kings are told simply of the tour guide of private Ninh Binh tour will make you understand more about the history of Vietnam.