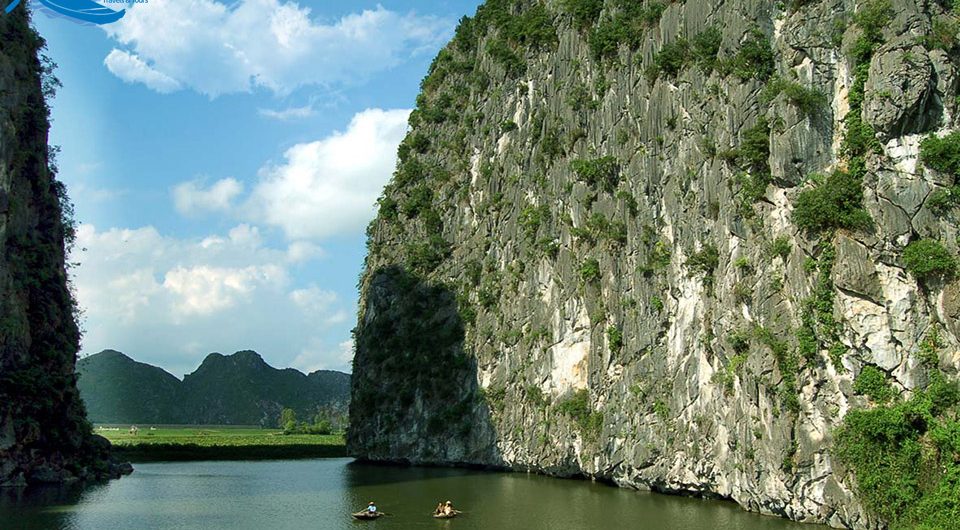 As one of the famous landscapes in Ha Nam and Ninh Binh, Kem Trong goes into the heart of many poets and writers. 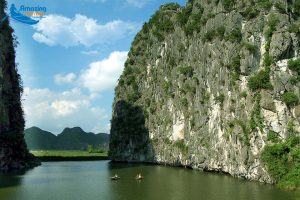 Kem Trong is simply a gap between two limestone mountains created by a river in the middle. The river here is the Day River, on the left, there is Rua Mountain, Co Dong Mountain, Dong Xuyen Mountain, Trinh Tiet Mountain. The right-hand side is Bai Tho mountain, Bat Gia mountain range including Bong mountain, Vong mountain, Thong Long mountain and Rong mountain. Mountains here have many different shapes, rocky mountains, many erect mountains but also many flat ridges.

Kem Trong is a featured stroke, as a watercolor painting that nature has created. Natural scenery in this place is not immense, nor monumental making visitors of private Ninh Binh tour overwhelmed as many other natural sceneries but is a landscape including rivers and mountains, rice fields and grasses. The scene of heaven and earth and human creativity have merged into a complete world. The river gently flows from northwest to village neighbors, bending between two mountains of limestone. The blue sky, green mountains are reflected in the clear blue water.

There are many caves here, such as Doi Cave, Luon Cave – Ao Dong, Nut Cave … If you look outside it is hard to believe there are caves in the mountains because of cave mouths are small as a slot and hidden behind the big rocks, so you have to shrink your body to reach the caves. Inside, the caves are quite wide, many caves penetrating through a mountain, with stalactites hang down creating rich shapes.

Kem Trong is not only beautiful scenery but also fascinating with many myths. In particular, Dao river nearly 2 km, adjacent to the Day River, flowing through Rua mountain and Co Dong mountain is formed with many different stories.

According to the records, in 1821, when on the throne, the young king Minh Mang of the Nguyen Dynasty took an excursion from Hue to North. On the return way, the king came downstream Day River to visit Kem Trong and Dich Long. However, hearing and understanding the humorous poem of Ho Xuan Huong about Kem Trong scene, the young king ordered the boat stopped and decided not crossing this river. Then, the king ordered the governor urge the people to dig a new river for the boat to pass through.

Another legend tells that the Le Dynasty had a general in Doan Vi Village who won in many battles, was ordained the Duke of the county. Around the area of Kem Trong, there are many places such as the Vua (King) Wharf, the Rong (Dragon) Fountain … which make this place become a good land in term of the feng shui. Thuong Che, mugwump of the imperial court, came here and afraid that the throne would be robbed by this duke so he told the king to dig the river to demolish the good feng shui here.

Early in the morning, the mountains here are like floating on the fog sea, that makes people who join in amazing Ninh Binh tour think of the colorful, glamorous and lively fairy tale.