Ma Yen Mountain – The Legend Of A King 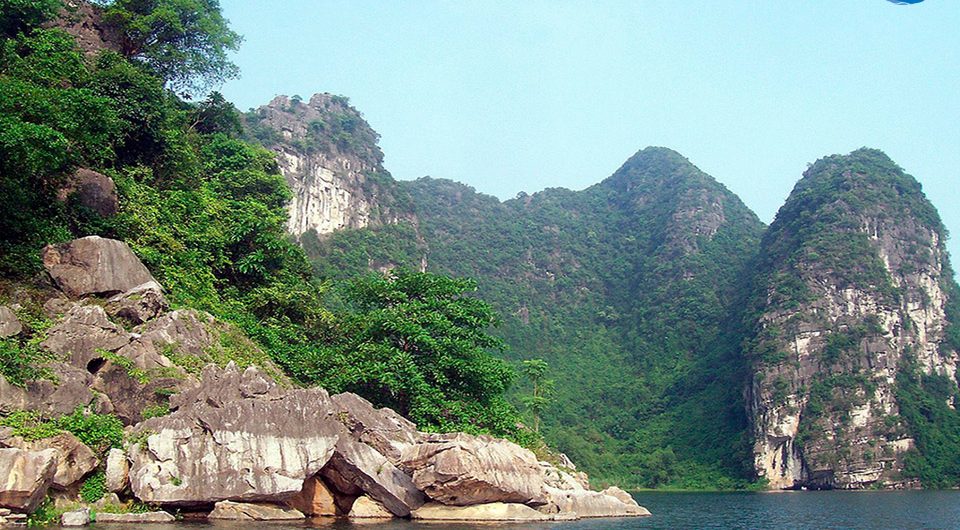 Ma Yen Mountain – The Legend Of A King

Coming to the area of Truong Yen commune, Hoa Lu district, Ninh Binh Vietnam, you will enjoy the scenery of Ma Yen mountain. This is the ancient cultural relics of Hoa Lu, opposite Dinh Tien Hoang temple – one of the attractions of Ninh Binh is quite famous in the Hoa Lu Tam Coc 1-day tour.

The legend of the Ma Yen Mountain

Ma Yen mountain is about 200m high. The mountain is low in the middle and high in two heads, so the local people called Ma Yen because it looks like a saddle.

The mountain is associated with the legend of Dinh Bo Linh when he became the king in 968. 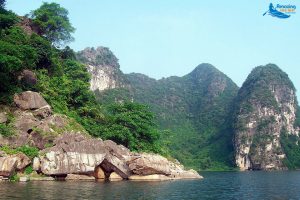 The king chose this mountainous region to build the capital. When the King died after 12 years of rule over the country, his body was buried on top of the mountain Ma Yen. In addition, also in this area, to the south of the foot of the mountain is also the tomb of the King Le Dai Hanh.

The trace of time

Traveling to the mountains of Ma Yen, besides the magnificence of the rugged mountains, you will also feel the sacred and solemn of the mountains, forests and ancient capital of Vietnam.

You will have the opportunity to touch the stone tomb of King Ding. In front of this tomb is stone incensory to put the incense. On the tomb, there are the words “Dinh Dynasty, Dinh Tien Hoang tomb “. Standing on this place, you will feel that the Vietnamese history become vivid more than ever.

Standing on the top of Ma Yen, you can see the panorama of the ancient capital of Hoa Lu. The Ru Mountain is monumental like the wall surrounding the king temple. In addition, the Hoang Giang river is as the dragon meandering, Kiem Mount is high as the sword standing up in the blue sky, all make a beautiful picture for you to enjoy.

Traveling at the foot of Ma Yen Yen to the south, you can light incense at the tomb of King Le Dai Hanh. Located on two sides of the tomb are two feng shui mountains. Le King Tomb was also built of stone like King Dinh’s tomb. In front of the tomb, there is a stele made from the period of the King Minh Mang. Mausoleum of King Dinh and Le King Tomb are 265 stone steps apart.

The ancient citadel of Hoa Lu is also the first splendid trace of the King Ly Cong Uan, after the death of King Le Long Dinh (Le Ngoa Trieu). So this historic land of the thousand years has marked the three dynasties of King Dinh – Le  – Ly. Though only here a year later, Ly Cong Uan moved his capital to Thang Long, the Ly dynasty was still considered to have originated from the Hoa Lu citadel.

Taking a Ninh Binh ancient capital tour, you will admire not only majestic with historical brilliance but also a beautiful scenic area with the mountains of the city.