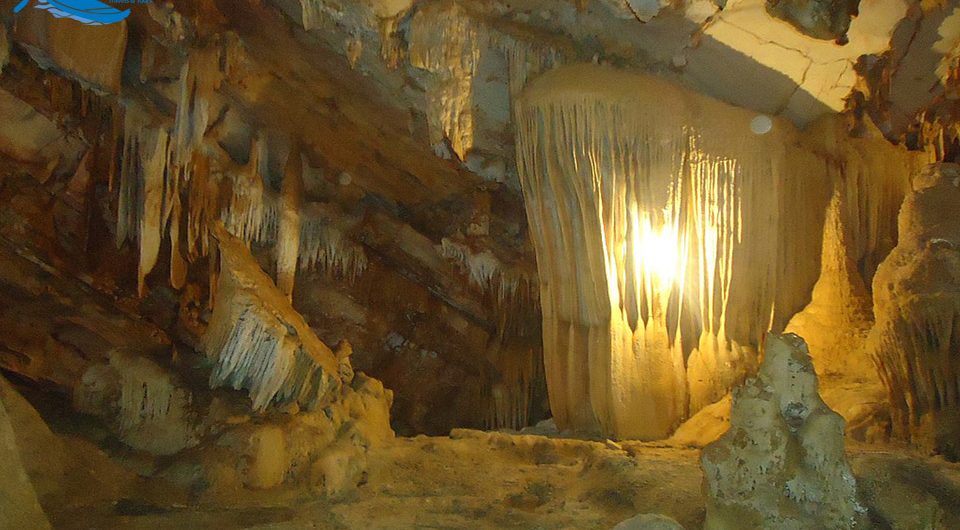 Hills and mountains make up three quarters of Vietnam’s area and create the majestic landscape for this Southeast Asian country. Hidden inside the giant mountains are the fairy-tale caves, many of which have been recognized as the most famous world natural wonders. Ninh Binh Vietnam is one of the places which hold those national treasures. 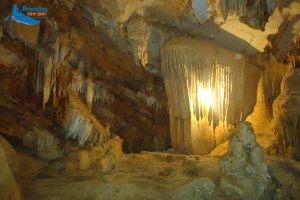 Located 4 km of Tam Coc – Bich Dong, the core of Trang An eco-tourism complex, Thung Nham “bird kingdom” also own some of primitive and appealing caves with the mystery and extraordinary stories. Ad these are two of them.

But Cave is such a holy place for sightseeing that the tourist coming to Thung Nham bird park should not miss. This is a water caves in the heart of Tuong Mountain (Mount General) in Son Ha Commune, Nho Quan District, Ninh Binh Province.

The single waterway into the cave leads the tourists to the excitement and incitement when exploring the romantic and mystic beauty of the stalactites and stalagmites.

The paddles tapping on and cleaving the water surface to carry the passengers into the pristine cave totally in dark.  To discover But Cave, the tourists use the flashlight to illuminate the cave walls. Through the ray of light, the tourists can see the stone of many shape and appearance. They can be the fairy laying on the bed, letting her wavy hair straight down and touch the water. The stalactites falling from the ceiling look like the bamboo blinds pulled down at the door of her boudoir. The stalagmites are also described as the fossils of dolphins, tortoises, tulips garden in bloom or the enormous lotus.

Legend has it that, long time ago, Hai Nham villagers had to suffer from poor crop and starvation from year to year. They went through this cave with the hope of finding things to maintain the life such as wood, hunted animal and water. The way through the cave is dark and full of wind. The breath of the wind and the sound in the cave made people very scared. Therefore, they imagined the stalagmite in the middle of the cave as a fairy to have the peace in their mind when going through the dark cave.

That fairy shaped stalagmite in the middle of But cave is 1.5m high and 2m wide. The fairy is clasping his hands in front of his chest like praying the best for passenger going through the cave.

Before finishing your daily tour in Trang An, come and admire the poetic and peaceful scenery in But cave when the flocks of storks and herons find their way back home after a day of fetching food.

Also a part of Thung Nham tourist site, apart from the mystic beauty of But Cave, Tien Ca Cave brings its tourists the feeling of getting lost in the wonderland and the stories of the mermaid transformed to stone.

Tien Ca Cave is airtight, so the ceiling are rough and harsh. The blocks of stone here are much bigger than those in But Cave. They gather but not scatter. The highest stalactite is 1.5m high.

Almost all stalactites in Tien Ca Cave do not have name, but their shapes are unique and give the soul to the view inside this cave. For example: the blinds falling from the cave ceiling, fountain, huge lotus, fairy snail, lithophone (stone instrument)… Thanks to the hands of people and the creation of the nature, Tien Ca Cave is like the aquatic palace fascinate the mind of the visitor.