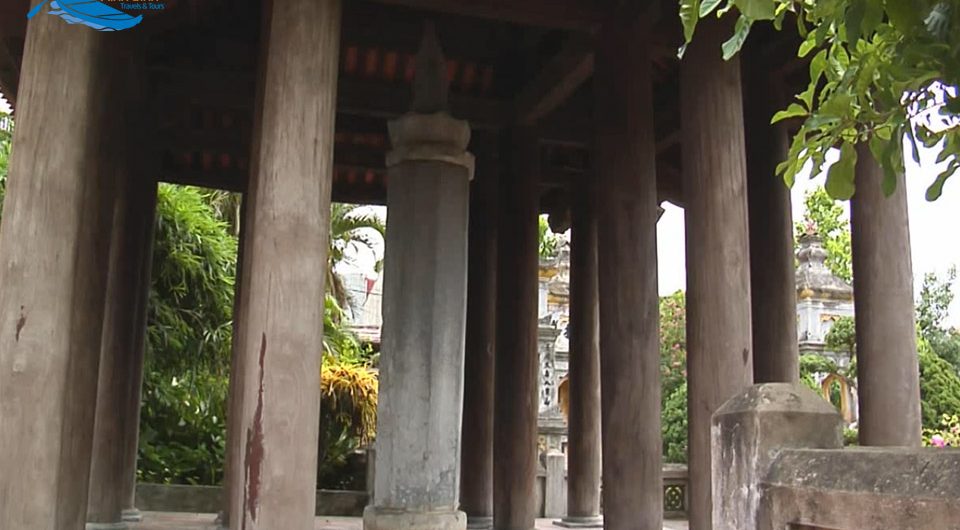 Located in the special protection area of Hoa Lu ancient capital, Ninh Binh Vietnam, Nhat Tru Pagoda was erected from the 10th century with many antiques. 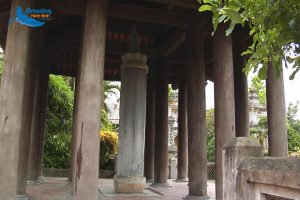 Built in 995, Nhat Tru Pagoda is located in Truong Yen Commune, Hoa Lu District, Ninh Binh Province, 100 km south of Hanoi. The temple is located in the remaining of the conservation area of Hoa Lu. Hoa Lu is the first capital of the feudal country of Vietnam from 968 until the reign of Emperor Ly Thai To, the founder of the Ly dynasty. Emperor Ly Thai To moved the capital to Thang Long (now it is Hanoi) in 1010. Nhat Tru Pagoda in the 10th century is a place of worship and gatherings of the monks such as Phap Thuan, Khuong Viet and Van Hanh.

The temple was named “Nhu Tru” because it contains an octagonal column with a height of 3m on which inscribed the Buddhist bible the words of Emperor Thang Binh (as known as Le Hoan) or Emperor Le Dai Hanh (born in 941 and ruled from 980 until he passed away in 1005). Despite the ups and downs of history, this admirable pillar still stands. It was recognized as a national heritage, and it is being submitted to UNESCO to be recognized as a documentary heritage of the world.

This recognition has the important meaning to Vietnamese tourism in general and Ninh Binh Tourism in particular.

The evidence for the art of stone carvings

The Buddhist scripture column of Nhat Tru Pagoda is a living proof of Vietnamese stone carvings. It is one of the typical temples of this art. Here, there are many Buddha statues and stone tablets.

In 973, Dinh Lien, the son of Emperor Dinh Tien Hoang (924-979) erected 100 stone columns engraved the Acts in Buddhism (Phap). After Dinh Dynasty, Emperor Le Hoan built this column in Nhat Tru Pagoda. Since then, Vietnamese people have established the tradition of building the Buddhist scripture columns in front of the Buddhist shrine.

During the French-anti resistance war, Nhat Tru Pagoda was a shelter for resistance troops and the archives of materials, weapons and ammunition. This was also the headquarters of Gia Tuong Commune People’s Committee (former name of Truong Yen Commune), the food store and meeting place in resistance war against American imperialism.

Nhat Tru Pagoda covers an area of about 3,000 square meters. After the restoration, original art space with wooden architecture was given back to the pagoda. It reflects the art style of the Nguyen Dynasty (1802-1945), especially through the reliefs in the pagoda.

In Nhat Tru Pagoda, in addition to the statues of Amitabha Buddha, the statues of Buddha’s three lifetimes, there is also the statue of Our Lady, Monsignor … A thousand years later, the Buddhist scripture column still remains intact, its top is shaped like a shinning lotus, its base is round, and its body has an octagonal shape with eight faces carved Buddhist Scriptures.

It is convenient for the tourists to visit Nhat Tru Pagoda when joining Hoa Lu Tam Coc tour because it is located on the campus of Hoa Lu ancient capital.