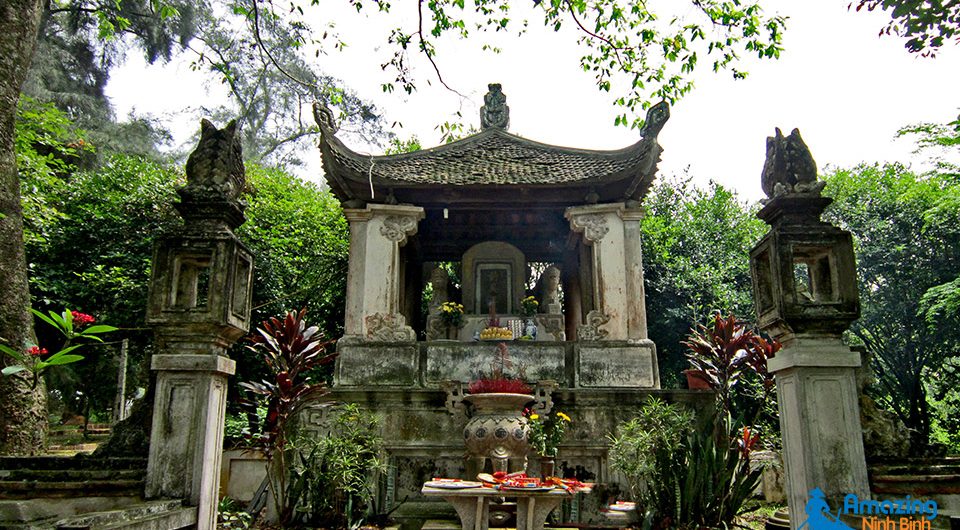 Located in the area of Trang An landscape complex (Ninh Binh Vietnam), there are 3 famous spiritual destinations, including Bai Dinh Pagoda, Trinh Temple and Tran Temple. But not many people know that Tran Temple has another name associated with an extraordinary legend: Blood Pool (Vung Tham Temple) 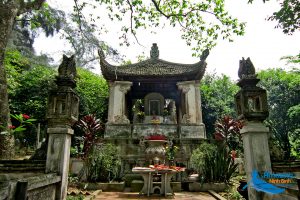 About two hours on the sampan, after going through nine caves, climbing up the steep mountain of 100 meters, the tourists will reach Tran Temple.

The historical documents had written that this temple was built in 968, when Dinh Bo Linh ascended the throne after his defeat against the 12 rebellions warlords. Here worshiping a general under the reign of King Hung King 18th, his title is St. Quy Minh Royal Highness, his name is Nguyen Hien, twin brother with Nguyen Sung (worshiped in Va Temple in Son Tay).

Throughout the ups and downs of history, the temple is now 1,035 years old, but from remodeling under Tran dynasty till now, the new temple is about 755 years of age. Festival of Tran Temple in Ninh Binh held annually on the 18th of the third lunar month. The tourists joining Bai Dinh – Trang An 1 day tour in spring time should not miss this occasion in Tran Temple.

According to a legend, St. Quy Minh Royal Highness is one of three brothers – three canonized generals (Tan Vien Holy Saint, Cao Son Holy Saint, Quy Minh Holy Saint). He merited guarding Son Nam Pass and protecting the country during te reign of King Hung Due (King Hung 18th). The temple was built by Eperor Dinh along with three other temples, with the desire to borrow the prestige of St.Quy Minh to control the territory in the east, west, south and north.

At present, the temple still retains 12 stone columns, all beams, thresholds, and roofs all of which are stone. In the past, people carved all the patterns on the monolithic blue stone taken from Mount Nhi (Thanh Hoa). The pattern motifs include the four holy beast (Dragon, Qilin, Tortoise, Phoenix), especially “phoenix” is still resident in the herd in this area.

In front of the temple is a primitive forest of 54 hectares, which is the military base of Dinh dynasty. According to the historical stories, after ascended the throne on the 10th of March in 968, Emperor Dinh Tien Hoang named the country Dai Co Viet; regretfully, Emperor Dinh was on the throne for only 12 years.

On the 15th of August in 979, Do Thich, the dishonest courtier, poisoned Emperor Dinh and the Duke Dinh Lien. The harem became chaotic.

General Phamm Bach Ho, a loyal servan of Dinh Dynasty, led over 1000 soldiers to the forest with the aim of recovering the military force and then bringing back the position of Dinh Dynasty.

However, in the deep forests, the weak troops with the lack of food could not resist encirclement of the enemy from four sides. During the fierce battle, Pham Bach Ho’s troops of,000 soldiers were killed. The blood flooded the valley, so the water around the temple has been called Tham (blood pool), the temple has also been called Tham Temple (Red Blood Temple)

After reading the story on the horizontal lacquered board in the temple, Emperor Tran Thai Tong had the temple remodeled and changed its name into Tran Temple to let the grief of the name Tham Temple (Red Blood Temple) fall into oblivion.

The trees were planted on the tomb of the soldier has grown as the primitive forest in front of the temple. The temple is truly a fascinating destination of Ninh Binh tourism.