Three Most Beautiful Caves In Vietnam 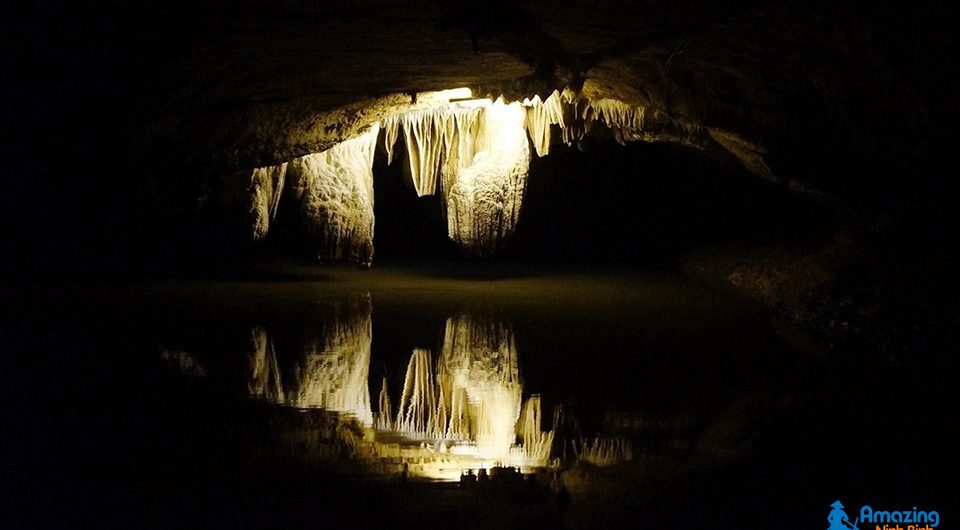 Three Most Beautiful Caves In Vietnam

Mentioning to Huong Pagoda, My Duc, Hanoi, everyone also knows to Huong Tich Cave, which is known as the most beautiful mountain in Vietnam, located 70 km southwest of Hanoi. Coming here, visitors will be overwhelmed in front of the scene which is wide as a large dragon jaw. That is the gate to Huong Tich cave.

From here, visitors come to Huong Tich Cave by walking over 100 stone steps. You will see the left side of the high cliff carved with 5 letters “Nam Thien Mon” written by King Trịnh Sâm in 1770 when he visited Son Nam. Deep down the cave is an array of stalactites hanging down from the ceiling and falling to the ground with all kinds of strange shapes. You can admire all lovely images from stalactites which are the pigs, piggy, Haycock, rice, pomelos, grapefruit, silver trees, golden trees, Boy mountain, Girl mountain, stone chime, Buddhist kāṣāya, etc.

The most impressive is the rice dump. It is located in the middle, near the entrance and quite large, so when viewed from the door, this stalactite is like the tongue in the dragon mouth, creating the interest for visitors. There are also “road to heaven” and “the way down the hell.” The way up to the sky is a steep slope, the more you climb, the steeper is the slope. The road down the hell is a slot to the deep underground.

At this time, you will feel the cool humidity radiate from the heart of the cave, thanks to the tiny drops of water flowing from the stalactites like mother milk flow. In addition to that, the romantic scenery of the stream of Yen led from the Duc wharf, making visitors attracted when setting food in the most beautiful cave in Vietnam.

Located in the tourist complex of Hoa Lu district, ninh binh vietnam, Bich Dong is not only a name associated with Tam Coc but also known as “The second beautiful cave in Vietnam”. Bich Dong, meaning “green cave”, was named by Nguyen Nghiem, the father of the great poet Nguyen Du in 1773. 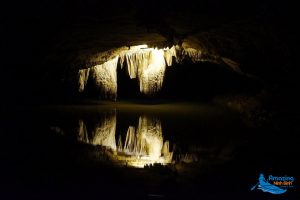 Bich Dong is 2 km far from Tam Coc wharf, in front of which is the Hoang Long River winding on the side of the mountain, and full of lotus flowers. In the lotus bloom season, Bich Dong is fragrant with the lotus while the other side of the river was the golden rice field, creating a poetic scene as the landscape painting. Along the length of Bich Dong is Xuyen Thuy cave, which is as made up of large stone slabs creating a domed arch.

Entrance to Xuyen Thuy cave is in the back of the mountain, opposite the entrance to Bich Dong. At the end of Xuyen Thuy Cave journey, visitors on hoa lu tam coc tour can climb mountains to Bich Dong cave and Bich Dong Pagoda. The attraction of Bich Dong is the harmonious combination of caves, mountains, and temples.

The lower pagoda is built right at the foot of Bich Dong Mountain with architectural style in Dinh Dynasty: two-storey roof bending, and columns made of stone blocks. After about 80 steps stone around the mountainside, visitors will come to Central pagoda located in the middle of the mountain. Situated on the highest peak is the Higher temple worshiping Avalokitesvara Bodhisattva. From here, visitors can admire the panorama around Bich Dong hidden between the green trees, vibrating in the wind.

Though less known than Huong Tich and Bich Dong, the beauty of Dich Long located between the boundaries of Ha Nam and Ninh Binh is not inferior. After stepping through 105 stone steps from the Lower Pagoda, visitors will come to the door with six words: “Nham Son Dong, Co Am Tu” (Nham Son Cave, Co Am pagoda) The two sides of the door are protected by two Defenders of the Law statues and at the arch of the 8 m high cave gate hung a bell weighing nearly one ton cast from the Nguyen Dynasty.

The cave consists of three connected caves. While outside is the worship area of the Buddha, the Dark Cave and Light cave are like an art space, converging the masterpiece carved works of art from stalactites made by the hands of Mother Nature. Not only sparkling like a rainbow, stalactites here also change the color in the sunlight, and when you take the knock on the stone, you will sound like a bell.

Because the cave is high and narrow, so whenever there is a strong wind blowing into the cave, visitors on ninh binh amazing tour will hear the sound coming out like a flute sound. Therefore, that cave is named “Dich Long” with the meaning of “Dich” – the flute and “Long” – the wind.