Twelve Magnificent Caves In Trang An 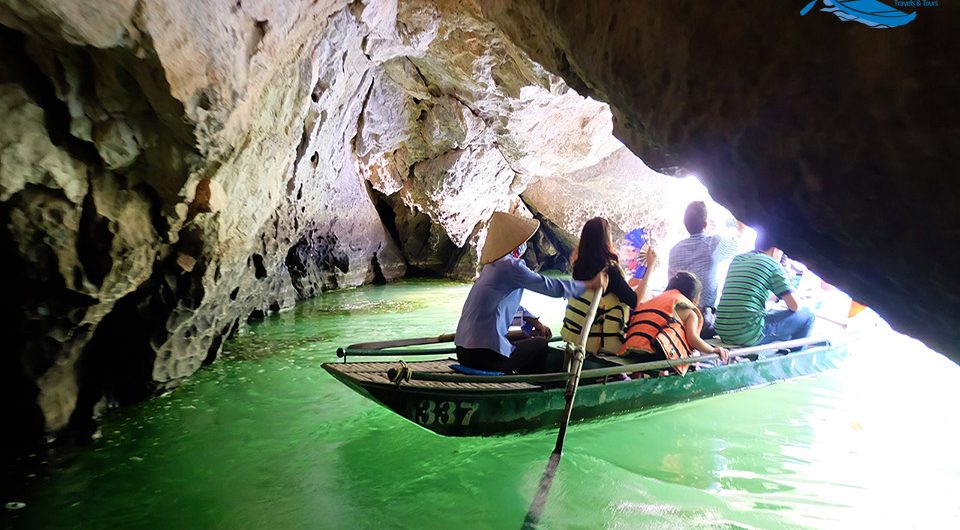 Twelve Magnificent Caves In Trang An

Ninh Binh tour is the popular choice of many visitors coming to Ninh Binh Vietnam. It is because the system of the caves in Trang An really fascinates people despite being admired through the photographs. 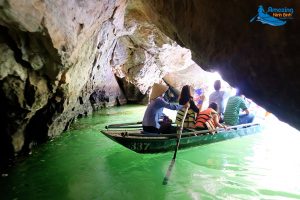 Dia Linh Cave is also called “blossom stone”. The total length of the cave is 1,500m with many turnings which is now partly exploited. Deep into the sea, there are some wide spaces with flat wall and floor. Besides, the tourists can see the narrow spaces with the width of only 3m.

Passing through Dia Linh Cave, Toi Cave (Dark Cave) is in your eyes. The name of the cave describes the space inside it. People must use flashlight to explore the cave. This 315m cave owns a lot of stalactites in the odd shape. Due to the spring of hot water, the temperature inside the cave is 2-3 degree C higher than the temperature outside.

After Toi Cave, the tourist will be overwhelmed by the sunshine trapped inside Sang Cave (Light Cave). This is a small cave in Trang An with the length of about 100m.

The original cave possesses many beautiful stalactites. However, the landscape was affected when the entrance of the cave was widen to help the visitor easily go through to visit Tran Temple.

In the cave, there is a well which is 15m deep. The water here is cool and clear. It has been told that people living here in the past discovered this well and used the water to make liquor. The name “Nau Ruou” was born from that story. The remain parts of the jars and vases used to store the liquor was found here when people dredged the cave.

Tran Temple is located outside Nau Ruou Cave. Being built in the 10th century, this place worships a general under King Hung the eighteenth. Climbing up 350 steps, looking down from Tran Temple, the visitors can have an overall view of Nau Ruou Cave. What a wonderful scenery!

Caves in Trang An are quite concentrated. Therefore, you can visit cave after cave and let their difference make you surprised.

After Nau Ruou Cave and Tran Temple, the boat glides on the water and takes its passengers to the groups of caves including Sinh Cave – Si Cave – Ba Giot Cave – Seo Cave – Son Duong Cave. The average length of these caves is from 100m to 250m. The stalactites in the caves is pure white or emerald green. In many geologic documents, the stalactites were formed slowly but still twinkles thanks to silicon dioxide absorbed by this limestone mountainous area.

Sinh Cave, Si Cave and Ba Giot Cave were the observer for a sad love story. The story tells that once, a young man fell in love with a princess. He prepared wedding presents and offers to propose her in front of Sinh Cave. Unfortunately, the princess was sent to the neighbor country as an annual offer. The young man was so sorrowful. He bathed in Ba Giot Cave and ended his life in Si Cave. Sinh cave was where the place that the young man left his offers to his beloved, so the cave has the name Sinh or Sinh Le (Offers). Si Cave was the tomb of the man who was madly in love, the word “Si” also expresses the great love of that man.

Nowadays, when coming to Si Cave, some people may see the coin with Sanskrit characters. They may be the money that the man brought to marry the princess.

After the three cave Sinh – Ba Giot –Si, the tourist will visit Son Duong Cave. The cave is 250m long with narrow and dark space.

Khong Cave is the next destination after Son Duong Cave. The Cave is only 60m long.

In Khong Cave, Khong palace was built to remind the 7 loyal mandarins under the reign of Emperor Dinh Tien Hoang. Khong palace is lying on a narrow land and leaning on the mouth of Khong Cave. The right side of the palace is the steep rocks and it faces the vast water. This had been the military base that Emperor Dinh chose to protect Hoa lu Capital in the south.

The legend of Phu Khong has it that after Emperor Dinh passed away, the 7 mandarins who were his loyal assistants performed the funeral rites. They casted 100 bronze coffins to bury and then, they committed suicide with poisoned wine to keep the secret of 100 bronze coffins. Up to now, no one has known about the place where the emperor was buried.

After Khong Cave, the tourists will end the sightseeing trip through the cave at Tran Cave anđ Quy Hau Cave. Tran Cave is about  200m long and Quy Hau Cave is 100m long.

This excursion on boat is suitable for hoa lu tam coc 1 day tour. You can come to Trang An to visit many other place; however, do not miss this system of beautiful caves in Trang An.