Van Trinh Cave – A Royal Palace in the Mountains 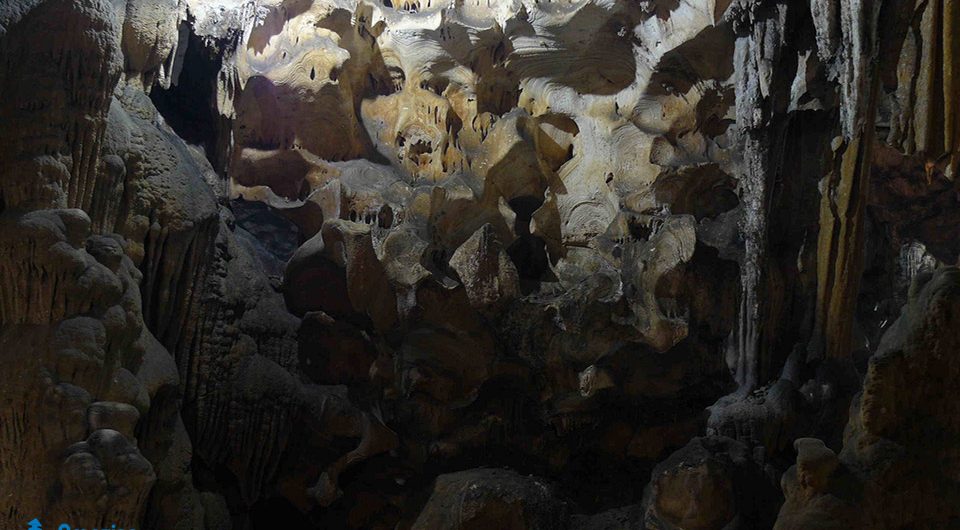 Van Trinh Cave – A Royal Palace in the Mountains

Van Trinh Cave is one of the most beautiful caves in Ninh Binh Vietnam. People who have ever been on their tour to this cave have compared its beauty with Thien Cung Cave (Heavenly Palace Cave) at Ha Long Bay. 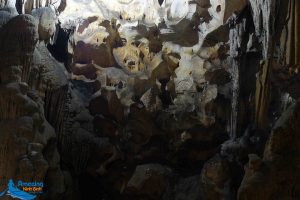 The name Van Trinh describe a cave inside the mountain which covered by layers of cloud. Another name of Van Trinh cave is Giang Tien (Fairy descended to Earth).

Legend has it that the youngest daughter of the Heaven wanted to help people on Earth bring up the healthy and pretty children. She chose to shelter in this cave because of its spectacular scenery. She had the basins built inside the cave. Basins’ water were always full and clear. After the fairy came back to Heaven, people living on this land set up a shrine to remember the kind fairy. Since then, the cave had been named Giang Tien or the Fairy descended to Earth. It was told that the poor family, the couples who have difficulty bearing children or raising their children all came to the cave to pray for help. They often bought a piece of cloth, put on it the offerings and laid them in front of the cave’s mouth and pray. The next day, when they came back to the cave, they did not see the cloth. Instead, outside the mouth of the cave was the clothes for a newborn child. They put these clothes on their children with the hope that the young kids would be healthy. 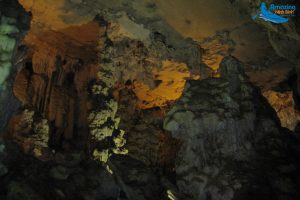 The holiness of this cave will definitely make your Ninh Binh Amazing tour become more exciting.

Van Trinh Cave is located halfway on the mountain, so the landscape here is really poetic. After climbing up to the mouth of the cave, pristine beauty of stretching mountains and golden paddy fields is caught in your sight like a stunning picture.

Van Trinh Cave has an area of 4000 square meters. Inside the cave, the maximum height is 100 meters. Come to Van Trinh cave, the tourists will be impressed by a broad, even and flat floor. On the floor are the unique patterns which were created by the nature. The cave has been compared with a palace with a lot of strange shaped stalagmites rising up high. These barrier of stalagmites looks very eye-catching.

It is called a “royal palace” because of the majestic throne hidden behind the curtains of glistening stalactites. This is a magic land with the stalagmites and stalactites of myriad shapes. They sometimes look like the king and his mandarins at a court. Sometimes they are Giuse Saint, Great Buddha…

After that, the tourists visit the heaven market where the Jade Emperor and the gods saunter. Next to the market is a chessboard and beautiful fairies.

In the middle of the cave floor is a block of flat stone lying on its side. The cool and pure water flows on the sloping side all day and night. Van Tring cave’s guards said that in the middle of June, the sun shines on that stone and make it look like being inlaid with gold. The space inside the cave also lightened up.

There are many interesting places inside the cave that words cannot describe. Go and explore Van Trinh cave on a Ninh Binh tour to experience the royal palace in the mountains.