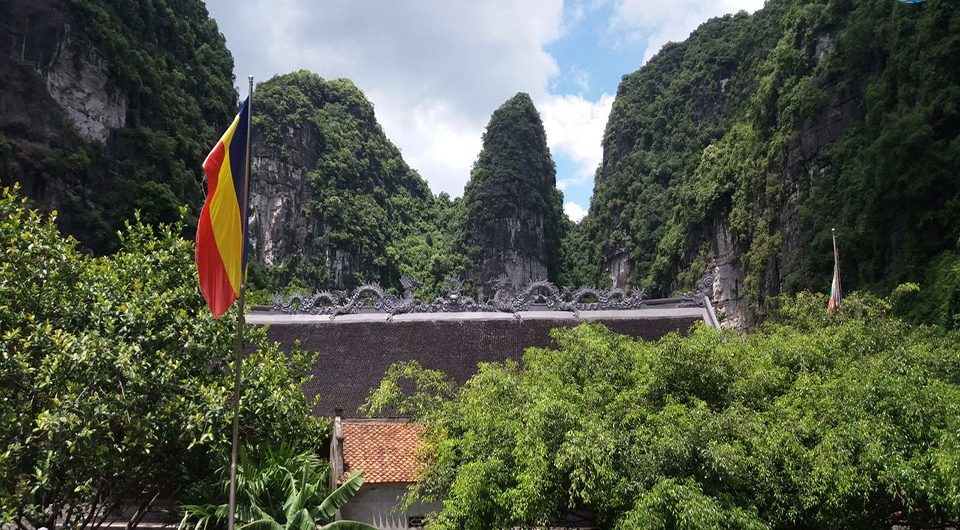 Located in the World Cultural and Natural Heritage Trang An (Ninh Binh Vietnam), Vu Lam Palace is a tourist attraction. This is where the Tran emperors set up the military base to consolidate their forces, store their food, manufacture weapons and wait for opportunities to counterattack against Mongol invaders in the 13th-century. 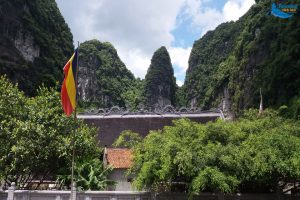 The glorious history of two wars against foreign invaders

Vietnam is famous for the glorious history of the wars against foreign invaders. Taking a Hoa Lu Tam Coc tour, you will understand more about the golden history and culture of Vietnamese.

After the first resistance war against the Mongolian invaders, in 1258, the king Tran Thai Tong – the first king of the Tran dynasty ceded his throne to his son when he was 40 years old. He is the devotee the Buddha and love to travel to find the beauty of the country, find a quiet place to meditate. 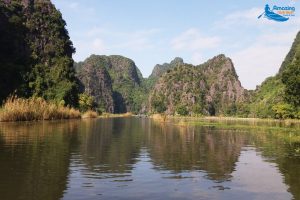 When passing through Trang An – Ninh Binh, looking west, he admired the majestic Van Son Mountain, beautiful mountains like clouds, the bending river below with sparkling silver water. That is a poetic and romantic scenery!

Captivated by strange the monumental and poetic picture, he decided building pagoda, setting statues of Buddha to meditate and beginning to build the Vu Lam Palace.

At the same time, Tran Thai Tong recognized the terrain of the Ninh Binh mountainous area with a dense network of rivers flowing through Thien Truong – Nam Dinh. Moreover, with its dense limestone system, dense forests, it is easy for defense and hard for the attack. This place is clearly a prime location to build a long defensive base.

The rugged terrain with rivers and streams can easily lock the foot of the Mongolian army, which is only known to fight in the vast prairie areas. With that vision of Tran Thai Tong, Vu Lam Palace was not only a place for meditation but also a solid base for the Tran Dynasty, which is the place able to fight for long periods of time.

In the years 1282 – 1283, before the Mongolian invaders brought 50,000 soldiers to Vietnam for the second time, King Tran Nhan Tong was accompanied by the generals of the court to return to the Vu Lam palace to find the way blocking the enemy, defend the country.

The Vu Lam Palace is a place of rugged mountains and forests (now Tam Coc-Bich Dong tourist resort), in front of which the Ngo Dong River flows, behind is the rocky mountains and valleys to practice both the marines and infantries to prepare for war against the invaders. This place played an importance to the victory of Vietnamese army against the Mongol invaders in the second and third times.

Today, arriving at the  Trang An eco-tourism, visitors will have a chance to seat on traditional boats led by locals, experience close cohesion with nature, feel the pure beauty of the splendor of strange caves and return to the golden national history in the process of building and holding country. You will witness the splendor of a dynasty in the struggle against the invaders.

In addition, this is also the first place to meditate of Buddhist monk Tran Nhan Tong – the king established Truc Lam Zen, the first Vietnamese Buddhist line of our country.