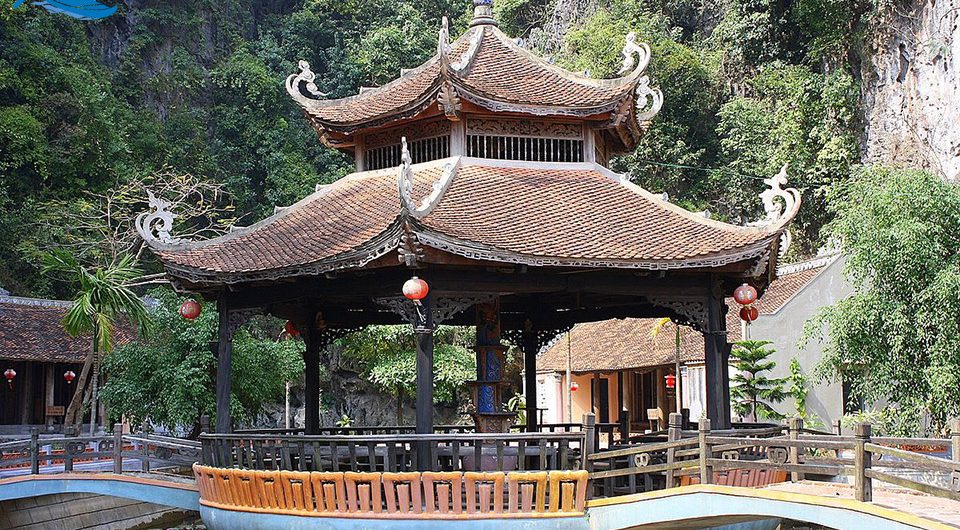 In recent years, Ninh Binh tourism has attracted great attention of the government. In 2008, Co Vien Lau, the complex of ancient houses, was listed as on of the tourist sites in Tam Coc by the Sector of Culture and Tourism in Ninh Binh. This is another choice of destinations in Ninh Binh Vietnam 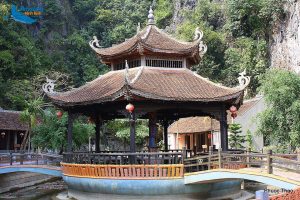 Co Vien Lau is located in the buffer zone of Trang An landscape complex, the World Heritage Site. Floating on Ngo Dong River beside Tam Coc Wharf, the tourists will enter the land of ancient villages in the middle of Hoa Lu Capital.

Co Vien Lau consists of many ancient houses which were restored according to the miniature images of the villages in the North. During Ninh Binh tour, visitors will admire the ancient beauty of traditional houses preserved throughout the flow of time.

Each house was erected basing on the model of the house in the northern countryside. They are displayed on different themes to show the cultural value of each land and the convergence of Vietnamese cultural and historical values.

The model of Luu Phuong ancient house was collected in Luu Phuong commune, Kim Son District in Ninh Binh. The house covers an area of 90 square meters. The house was designed following the architecture of 5-compartment house with 2 annexes. The house was roofed with fish scale-shaped tile and paved with red tile flooring which was hand-made. Up to now, the house is over 100 years of age.

The house is completely made of cherry wood in forests of Thanh Hoa Province. The patterns were chiseled sophisticatedly by the skilled and experienced artisans.

Luu Phuong house is now placed the reception counter. It is also used as the management office and also the place for visitor to take a rest. In this house, many photographs of ancient objects as well as the photographs of Co Vien Lau are on display.

Y Yen ancient house was built in 1883 according to the model of the houses in Y Yen district, Nam Dinh. Y Yen house is the gallery of the collections in Ly Dynasty from the 12th century to 13th century, which includes plates, bowl, crocks, celadon jars, brown enamel jars, three color (Tam Thai) enamel jars… The same objects of same era are displayed at the same place. The shapes and the enamel paint of these ancient exhibitions are the evidences of the skillfulness and level of the craftsmen at that time.

In Tho Xuan ancient house, the collection of big jars (choe) in the reign of Emperor Gia Long is preserved and exhibited. The collection consists of 100 pieces of distinction big jars. The highest one is 65cm long, the smallest is 25cm. This is the biggest collections in Vietnam.

Tho Xuan ancient house was formerly the house of a shaman in Thanh Hoa, which is nearly 200 years of age. When it was bring to Ninh Binh, people could not assemble the house. It was not until the shaman removed the amulet stuck on the ceiling, the piece of the house could be assembled

The used area of Tho Xuan house is 111.7 square meters. Like Ye Yen ancient house, it is also made of cherry wood in Thanh Hoa. The roof was also tiled with fish-scale shaped tiles; however four corners of the roof are curved up. Interior decorations are antique and displayed in old-fashioned style.

In the campus of Co Vien Lau, the tourists of amazing Ninh Binh tour should not miss the space of ancient villages in Vietnam. The house of the poor in the 19th century was restored with the characteristic feature. Unlike the wooden house, the house was mainly made of straw, clay together with bamboo. The decorations and furniture are simple and meager, such as a narrow bamboo bed, a water jar, a heap of straw, a stone mortar…