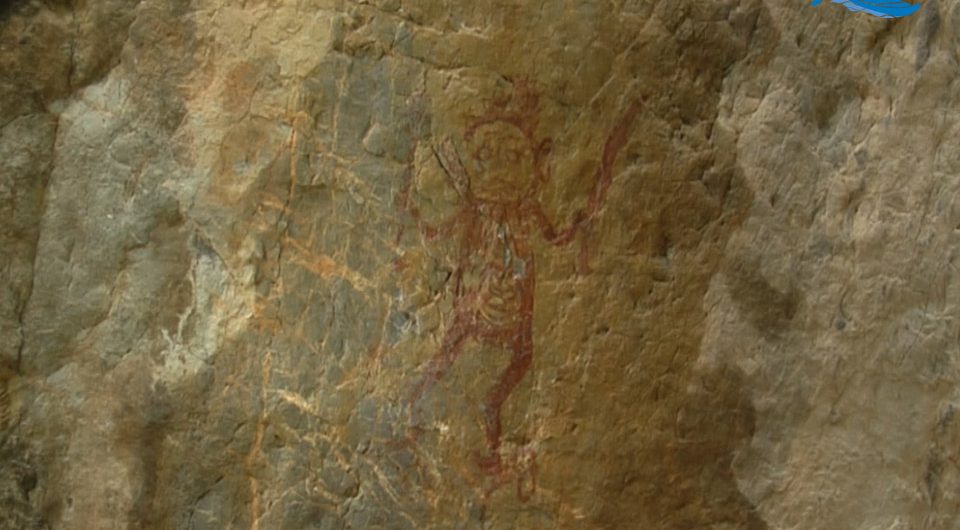 Van Long Lagoon, a legendary land, amazing place of interest and a natural reserve in Ninh Binh Vietnam, is famous for the range of Meo Cao Mountain. Painting-like beauty of Meo Cao Mountain was inscribed on Guinness World Records for the largest natural rock painting on it. 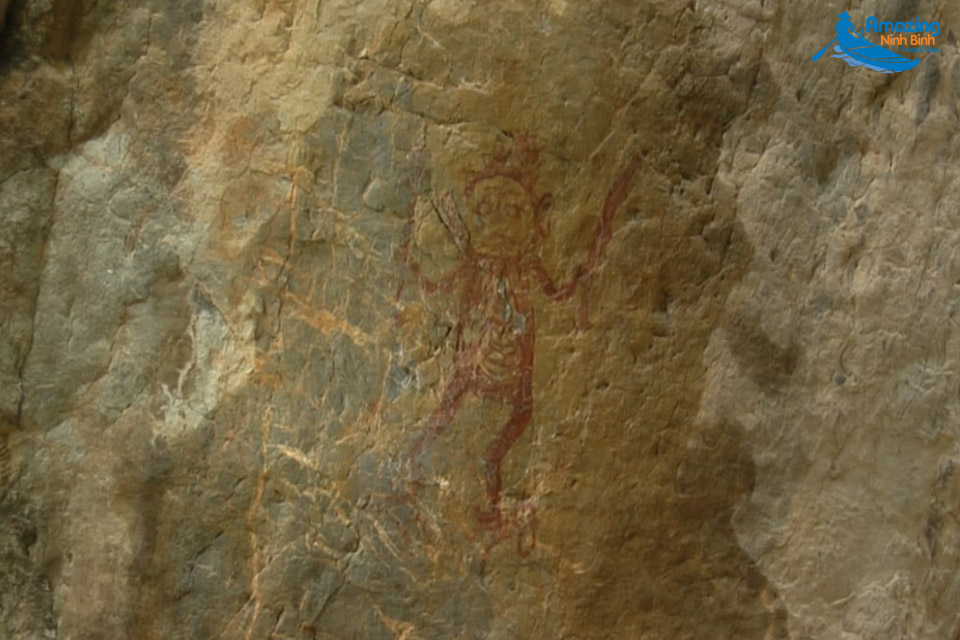 The painting on cliffs of Mount Meo Cao can only be seen when people splash water onto the cliffs. Many people believe that it is the painting of devils. Other reckon that this is the map leading to the treasures and it was drawn in blood.

This largest natural painting was discovered in the early years of 20th century by a married couple when they looked crabs or shrimps in the lagoon on a stormy day. While they were sheltering from the rain under the roof of a temple, the wind splashed raindrops onto the cliffs and revealed a painting in flaming red. The painting drawn a cruel headsman trampling upon two corpses. That made the couple extremely scared and they told the residents there that it was a painting of devils.

To thoroughly understand this painting, historical details cannot be skipped. Gia Vien District, Hoa Lu is the historic land with the rule of Dinh Dynasty and Early Le Dynasty over 1000 years ago. Gia Vien was also the hometown of King Dinh Tien Hoang. Despite being the young centralized monarchy dynasty, Dinh Dynasty attached great importance on penalization and the penalties were extremely severe. According to historical documents, King Dinh used a giant cauldron of oil and raised tiger to punish the offenders and law breaker. Penalization became much harsher under the rule of King Le Dai Hanh. And the punishments of King Le Long Dinh were the most monstrous.

The painting on rock seemed to the discontent with the behavior of the Kings towards the prisoners. And, it is might be drawn by those who broke out of the jails successfully.

According to Ph.D Trinh Nang Chung from the Institute of Archaeological, this painting would not be appear mysteriously if there had not been the impacts of human being.

As the results of the study on the stone of Meo Cao Mountain, it is said that people in the past ground ochre, a mineral containing iron oxide and mixed it with some types of tree sap to draw that painting. The color of ochre is dark red.

And, before 1960s, many families living here built lime kiln. The heat of the kiln deformed and dried the cliffs of stones. Dried stones absorbed water quickly, that is the reason why the painting is exposed clearly when people splash water on it.

With effect of the weathering, the painting appeared to hide inside the stone. That makes it more and more ghostly.

Although the scientists have explained the mystery of the rock painting, there are still the things behind this bizarre natural masterpiece that they cannot decipher. These hidden secrets are waiting for the tourist of Ninh Binh Amazing Tour to discover.