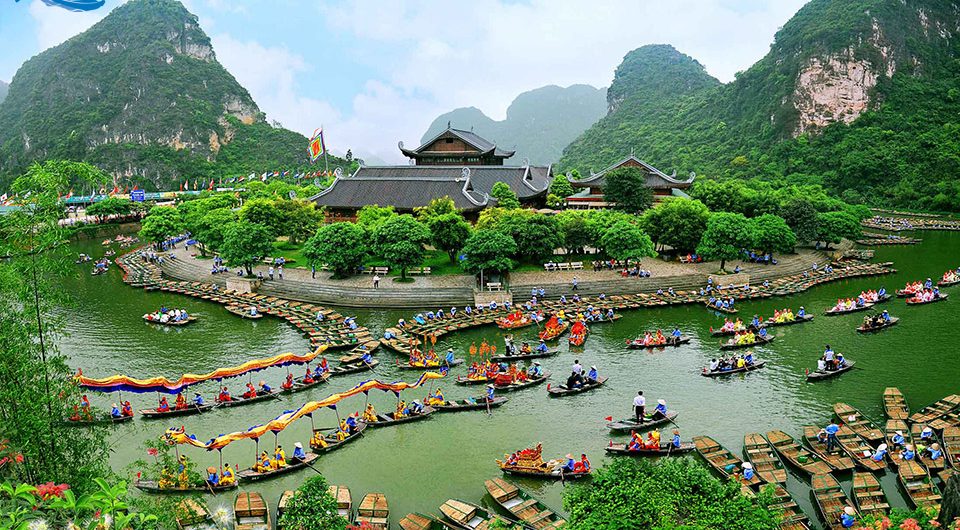 Trang An grotto includes a community of mountains, caves, woods, cultural and historical relics, whose central pier on the Sao Khe river of Ninh Binh City (95 kilometers from Hanoi capital). 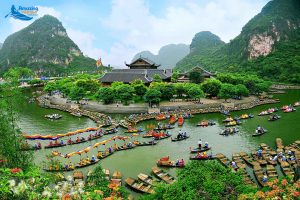 The Grotto is a gathering of 31 valleys, 50 cross-water caves, and home to 600 kinds of flora and over 200 kinds of fauna, many of them in the Red Book of Vietnam, according to the Vietnam News Agency. Each of the caves has its own beauty with many stalactites in a profusion of color.

Trang An is a prominent place in Southeast Asia and the world which contains abundant archaeological evidence preserved almost intact, mostly shells, animal bones, pottery, stone tools, kitchen floor and human remains. This is an extremely valuable documentary treasure demonstrating the way that prehistoric human interacted with the natural landscape and adapted to major changes in the environment over more than 30,000 years, at least since the late Ice Age. During this time, they endured some of the most turbulent climatic and geographical changes in the Earth’s history. Besides, cultural and historical relics such as pagodas, temples, palaces in Trang An also contribute to consolidating many archaeological documents. 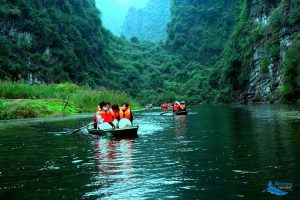 The karst tower landscape of Trang An is among the most beautiful and awe-inspiring places of its kind anywhere in the world. Dominating the landscape is a spectacular array of cone-shaped rock towers whose sheer vertical walls rise abruptly 200m above the surrounding land and water.  Narrow interconnecting ridges, which have been likened to mythical giant swords, enclose circular and linear depressions whose expansive waterways are linked by gently flowing streams winding through subterranean caverns up to one kilometer in length. Visitors, carried through these passages in small traditional sampans, can enjoy the multitude of fascinating carbonate stalactites, curtains and other decorations that adorn the ceilings. Dense rain forest covers the landscape, even clinging to the cliffs and peaks. Blending naturally and beautifully with the forests are the extensive rice paddy fields bordering the rivers,  creating a picturesque patchwork of color, enlivened by the presence of local farmers and fisher folk engaged in their traditional way of life. Several historic temples and pagodas, some perched high on the valley walls and peaks, signify the important spiritual and religious associations with the landscape. The countryside of the surrounding buffer zone presents a picture of traditional rural life with gardens and fields among small villages linked by simple tracks, narrow roads and a network of streams and canals. 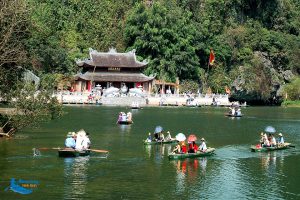 The complex features outstanding geological-geomorphic values of World Heritage within a limestone mountain system. The height of the limestone block of Hoa Lu is around 200 meters above sea level, decreasing in height from the northwest to the southeast, as it slopes to the sea. The Hoa Lu limestone block consists of hundreds of connected karstic limestone mountains in close proximity. Dramatic karst peak topography dominates the top of the limestone block, while the inside of the block is permeated with thousands of caves, many of which are interlinked, along waterways. The most characteristic – and spectacular – part of this geological area is included in the core zone of the Trang An Landscape heritage site. Also included in the core zone are the most important caves showing the evolution of cave formation over a long geological period of time. The buffer zone includes all the water bodies and water courses which contribute to the ongoing geological evolution of the area.

The high fragmentation of the limestone mountains in the Trang An Landscape Complex has resulted in numerous karst blocks, bell-shaped karst formations, all with precipitous slopes. Lying between the karst towers are karst valleys and expanded eroded karstic lowlands, floored with limestone mud sediments, which are flooded annually during the rainy season. Therefore, today people call Trang An as ‘Ha Long on land’. 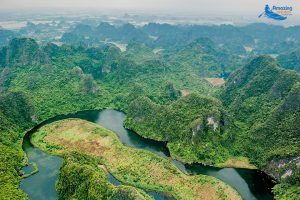